To add a  Route navigate to the  Admin Dashboard → CM Maps Routes Manager → Routes. Then click on either the "Add Route" button or "Edit" for the existing one (Hover over an existing route's Row to reveal the "Edit" option). 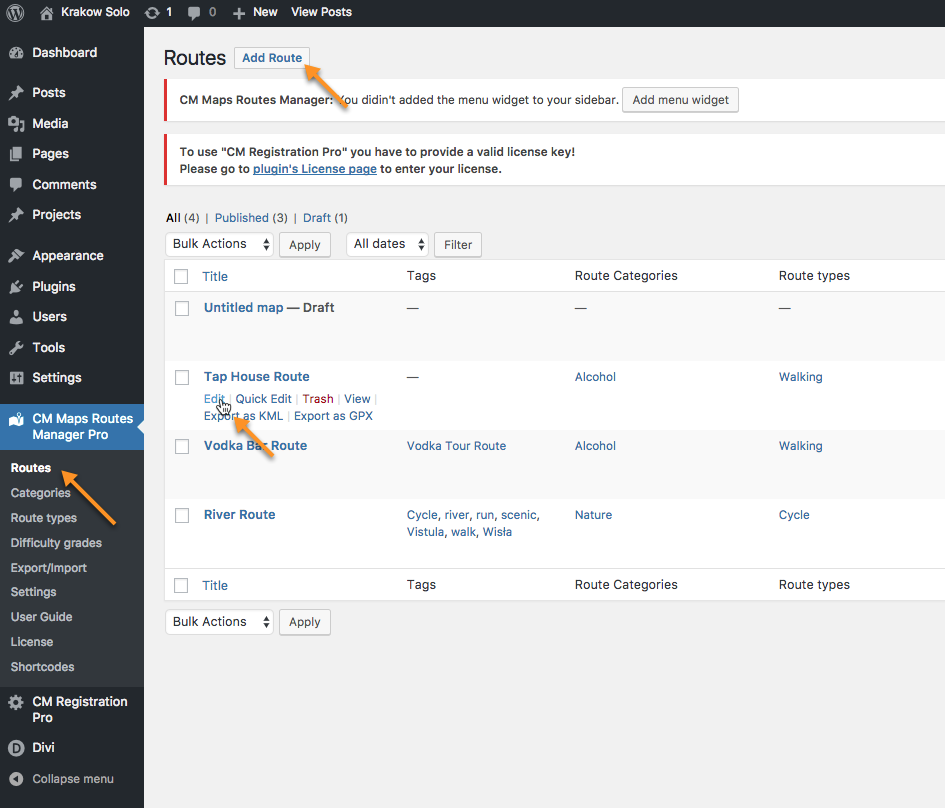 When the  "Draw the route"  button is clicked it is possible to add routes to the map. Routes can be drawn along roads, paths or off-road for mountain hikes, sailing routes, etc. Routes don't have names, descriptions or images assigned to them and are only used for navigation.

To draw a route, click on the "Draw the route" button on the top of the map and start clicking on the map to add waypoints. Waypoints appear as open circles. You can draw waypoints sequentially just like locations. To change the location of a waypoint right click and hold it, then move it to the new location and release.

To add waypoints to a route Mid Route, move the cursor over the route until the hand appears. Then click the route. A waypoint should appear which can be moved as needed.

Choosing a "Travel mode" for a new route causes the route to follow the most appropriate path, roads for cars, cycle paths for bikes, footpaths for walking. The "direct" acts as an as the crow flies path between waypoints.

When drawing a route, then the elevation data will be used to calculate the ground distance, the same way as when you import the GPX file.

Please note that the free Google Maps directions API limits the maximum number of waypoints to 23. More waypoints will cause Google to stop building the walking, bicycling or driving route - only the direct travel mode will work in such case (eg. for imported GPX files).

Below is a view of the path statistics:

You can manually each statistic by clicking on the pencil icon close to it.

Please note that changing these independently will not have carry on effects on the other statistics. For example, changing the distance or time will not result in the average speed changing.

Editing multiple statistics at once

The buttons, on the other hand, can affect more than one statistic.

Editing and Removing Waypoints and Locations

The Route Manager Plugin supports two types of route markers: "Location Markers" and "Waypoints" and you can use both in the same map.

Once a Route is drawn or Locations are added, it is possible to remove chosen locations or waypoints.

The map below shows an example of creating both routes and locations. Read Adding a Route's Locations to learn more. 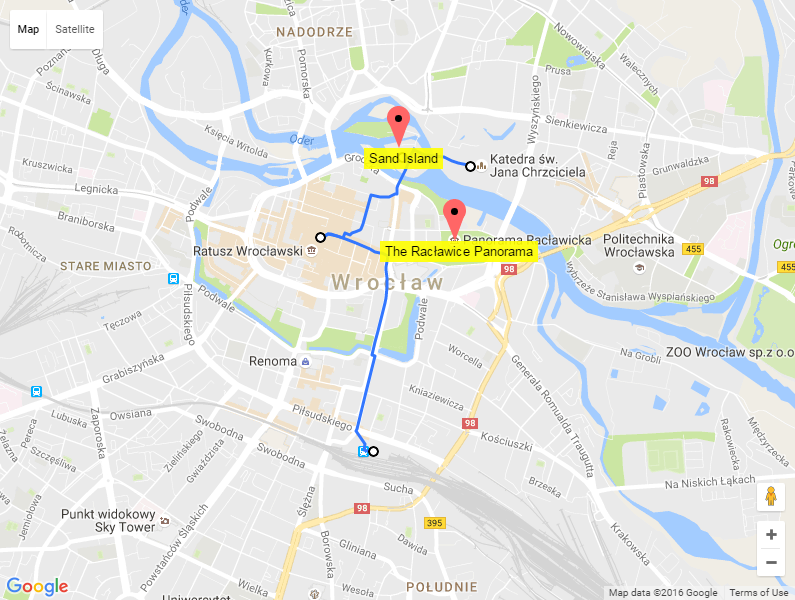 Did this answer your question? Thanks for the feedback There was a problem submitting your feedback. Please try again later.
Last updated on November 25, 2020