Back to User Guide

What is This Feature

It's possible to switch between two types of code:

This feature was added in version 1.2.4. This mode causes some majors changes and this article will address them. 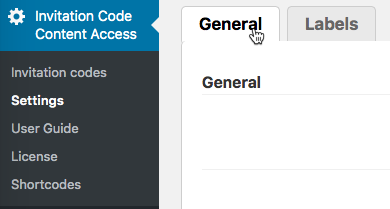 Only two settings are relevant to us:

What Happens When You Turn On Four-Digit Codes

What Happens When You Turn Off Four-Digit Codes/strong>

TIP: Choosing What Codes The Access Form Will Request

You can change the Content Access Form so that it asks either the long codes or the four-digit codes.

To do so apply the shortcode  [cmicca_access_code] with the view parameter.